Enjoy all Great Falls and Cascade County Montana Have to Offer 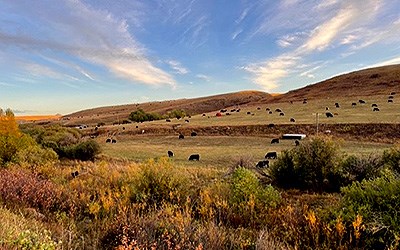 Montana is nearly as diverse as the six separate regions that comprise it. The names of these regions tend to vary – depending on the source – but the stunning beauty is constant statewide, no matter where you travel. Here in North-Central Montana (a.k.a. Russell Country), we have golden wheat fields, mountains, rivers and lush forests.

The Great Falls area (specifically Belt, Mont.) in Cascade County is home to United Country Real Estate | Legacy Realty & Auction, and we feel blessed to live here. It’s a region that emphasizes the importance of agriculture as much as it touts outdoor recreation. In addition, the living is affordable and the history is remarkable.

Let’s take a closer look at why so many visitors and new residents alike are drawn to Central Montana.

History Snapshot of Montana: From Lewis and Clark to Today

As in every other American state, the history of Montana began with Native American tribes (nine separate tribes in this case) as the state’s original inhabitants. Eventually, the Lewis and Clark Expedition in the early 1800s marked the appearance of Montana’s first white explorers.

Fur traders and trappers followed, along with Roman Catholic missionaries, and agriculture flourished. The gold rush brought new interest to the area and in short time, cattle ranching was big business. The railroad industry provided another economic boost and Montana became a state in 1889.

In Central Montana, homesteading was soon commonplace and farming (particularly of wheat) became a big part of the region’s identity. That focus on agriculture still holds true today.

Big Sky Country Has a Big Focus on Agriculture

Montana is known as Big Sky Country, but the sky isn’t the only thing that’s big. The state’s 93 million total acres of land – a mix of grassland pasture, cropland and forests – are second in size only to Texas. Farms and ranches cover more than 60 percent of the state, and a lot of that agriculture is right here in Central Montana.

Our region includes the Golden Triangle, a term that shines a light on the massive amount of wheat and grain grown here. Though these row crops dominate Montana’s farming landscape, cattle lead the way in livestock, followed by hogs, sheep and other animals.

Ranching and farming will always be a major influence on Montana’s economy and the properties for sale in Central Montana reflect that. If an agricultural lifestyle is what fits you best, there’s plenty of real estate here for you. Whether for business needs or a spot to enjoy serene, country living, there are hobby farms, horse ranchettes, large commercial cattle ranches, buildable riverfront land and a whole lot more.

Central Montana is also known as Russell Country, named after artist Charles M. “Charlie” Russell, whose paintings of the American Old West often featured the region’s rugged terrain and wild beauty. Today, all this nature in its purest form provides the perfect backdrop for outdoor recreation on the open plains, along the rivers and in the mountains and forests.

State and national parks, and wildlife preserves attract locals and tourists alike seeking all kinds of adventures. North-Central Montana is home to an amazing stretch of the Missouri River, which includes the iconic Great Falls – the namesake of the city – along with four other waterfalls. Giant Springs State Park in Great Falls touts a massive freshwater spring on Roe River, the world’s shortest. It’s popular for fishing, biking and birding.

Around 15 miles from Belt in Cascade County sits Sluice Boxes State Park. Belt Creek runs through the central canyon, surrounded by the Little Belt Mountains. Rugged and primitive, it’s made for experienced outdoorsmen. Ackley Lake State Park is farther away but perfect for rainbow trout fishing and picnics. Places such as 1.5 million-acre Bob Marshall Wilderness Complex are worth a day trip for the breathtaking scenery, bountiful horse trails and whitewater rafting.

Big Sky Country is home to the third-highest percentage of registered hunters in the nation, so there’s no shortage of places to pursue all types of game. Benton Lake National Wildlife Refuge in Great Falls is a shallow wetland ideal for hunting waterfowl and other game birds. Besides offering horse and hiking trails, Judith River Wildlife Management Area in Judith Basin County is great for hunting elk, deer, antelope and black bear. And that’s a very small, local sample. Best to start with some hunting research.

Even in the winter, Central Montana offers skiing, snowmobiling, ice fishing and other activities in the snow.

The Heart of Montana: Other Activities in Great Falls and Beyond

In the heart of Montana, Outdoor recreation may top most “things to do” lists but there’s a lot more to discover. As Montana’s third-largest city, Great Falls is a great place to start, though you’ll find activities for all ages across the region. Museums, annual events, fun restaurants, local sports and more … it’s all right here.

For history buffs, there’s the Lewis and Clark National Historic Trail Interpretive Center in Great Falls, honoring the achievements of these two historical icons. First Peoples Buffalo Jump is an archaeological site focused on early Native Americans and their connection to the buffalo. The life and works of artist Charlie Russell are on display at the C.M. Russell Museum. Historic Old Fort Benton in Chouteau County is the place to learn about Fort Benton, Montana’s oldest town.

Speaking of Fort Benton, Central Montana has its fair share of local fairs and celebrations and this city hosts an annual Summer Celebration, three days of music, crafts, parades, barbeques and more. But come winter, check out Lewistown’s Montana Winter Fair in Fergus County for three more days of fun.

Sports fans may want to catch a baseball game of the Great Falls Voyagers, an independent team in the Pioneer League. Or for a true Montana experience, head to a rodeo at the Fergus County Fairgrounds or the Big Sky Rodeo held at the Montana State Fair in Cascade County. The Great Falls Turf Club also hosts horse races during this summertime fair. 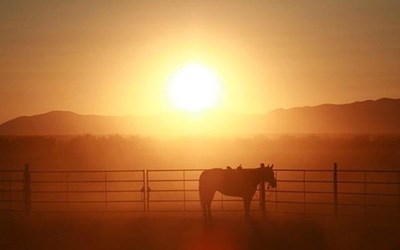 At the end of the day, it’s time to relax and there are some excellent places to grab a drink or sample the local cuisine. In Great Falls, Sip ‘n Dip Lounge has gained national attention in recent years, while The Celtic Cowboy was named Montana’s Best Irish Pub. Roadhouse Diner offers incredible burgers.

Central Montana is truly a sight to behold. The wild beauty beckons, the mountain air is fresh and the cost of living is affordable. Come visit the area for a guided tour or explore on your own by taking taking the scenic byways. Whether in town or off the grid, your perfect property awaits. Welcome to the region!